Urgent Appeal for Action to Save an Autistic Adult!


Neli Latson an Autistic adult who has been wasting away in jail for the past 4 years, he is in Solitary Confinement, all because he was waiting outside a library until it opened a few short years ago and was approached by police and then attacked one due to his Autism, he was scared and the flight or fight instinct kicks in, we should not be punished for being Autistic.  Being Autistic is NOT a crime!  Police are not as versed in how to interact with us as much as you might think.  This is an example of justice that needs to be served.  Please appeal to the Governor of Virginia, Terry McAuliffe to release one of my community.  Being Autistic is not a crime and should not be treated as such.  He is scared and confused and does not deserve such treatment.  Let’s flood the governor’s office with appeals for justice for Neli he is languishing in prison.  #FreeNeli!  #JusticeforNeli!  Please help to stop this cruelty! 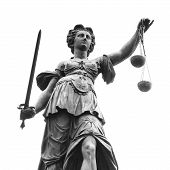 Ruth Marcus: In Virginia, a cruel and unusual punishment for Autism
November 14, 2014, by Ruth Marcus, Washington Post – Opinions
Reginald Latson’s path to solitary confinement began four years ago as he waited for the public library to open in Stafford County, Va.
Latson, known as Neli, has an IQ of 69 and is Autistic. Teachers and therapists describe him as generally sweet and eager to please.
He is also a black man, now 22, who on the day in question was wearing a hoodie — which prompted a concerned citizen to call police about a suspicious person loitering outside the library.
The ensuing encounter should have been nothing more than a harassing annoyance. Instead, not surprising given the rigid thinking and “fight or flight” instincts characteristic of those with Autism, it escalated after Latson refused to provide his name and was restrained by the police officer when he tried to leave.
The altercation that followed left the officer seriously injured and propelled Latson into an inescapable cycle of misbehavior followed by ever more punishment. Latson has engaged in acts that can be characterized as criminal, yet he is less a criminal than a victim of his disability.
Meanwhile, he is being punished in the most severe manner the criminal justice system can concoct. He has spent most of the last year in solitary confinement and has lost almost 50 pounds from an already trim frame.
“In effect Neli spends 24 hours a day locked in a segregation cell with minimal human contact for the ‘crime’ of being Autistic,” his lawyers wrote to Virginia Gov. Terry McAuliffe (D). “Absent intervention, there is every reason to think he will remain there until the opportunity for effective treatment has been lost.”
Solitary confinement can be torture, with serious psychological consequences. For those already suffering from disabilities, the impact can be far more devastating. So it has been for Latson — an especially tragic outcome, given that state mental health officials had arranged, and secured federal funding, for him to be transferred to a locked treatment facility in Florida.
Because of Latson’s intellectual and emotional disabilities, he cannot safely go into the general jail population. But he also does not have the coping skills to deal with solitary confinement.
Held in solitary after his initial arrest, Latson responded by urinating on the floor and then licking it up. Moved last spring, after threatening suicide, from regular solitary to a “crisis cell” consisting of an empty concrete room with no bed and a hole in the floor for a toilet, he was Tasered after hitting a guard, leading to another assault charge.

Maureen Del Duca, a lawyer with two adult sons who are severely Autistic, described Latson’s situation as a “never-ending downward spiral of completely avoidable charges of criminal assault.” When one of her sons lived at the Florida facility that agreed to take Latson, the young man’s violent actions — biting or attacking staff members — were a routine behavior to be handled, not a criminal infraction, she noted.
He “could easily be in Reginald’s position . . . tragically entangled in a criminal justice system that is not yet able to deal appropriately” with him, Del Duca wrote to the judge hearing Latson’s case.
The differences between the two men are as obvious as they are jarring: race, for one; resources, for another.
Latson’s case is an individual tragedy that cries out for remedy — Gov. McAuliffe, are you listening? It is also sadly representative of a criminal justice system poorly equipped to deal with issues of mental illness and developmental disability.

It is maddening for Latson to be trapped in solitary confinement when a safe, therapeutic alternative is available; indeed, that neglect may violate Virginia’s commitments in settling a Justice Department civil rights lawsuit on behalf of those with developmental disabilities. McAuliffe should employ his authority to ensure Latson’s transfer to the Florida facility, where the public would be safe and he would receive treatment, not futile punishment.
“It verges on bizarre to instead lock Neli in an isolation cell at substantial taxpayer expense with the medical certainty that he will eventually emerge worse instead of better,” his lawyers told McAuliffe.

Latson’s is a sad case. Unfortunately, it is not an isolated one. The criminal justice system must rethink how it deals with the mentally ill and developmentally disabled. And it must do more than rethink — it must halt — the use of solitary confinement in all but the most extreme circumstances.
#FREENELI!!

Posted by Samantha Bodwell at 3:35 PM No comments:

Samantha Bodwell
A generally happy Autistic who wants to make a better world! :) Please remember that Autistic Rights are Human Rights! I am an Autistic person not a person with Autism.