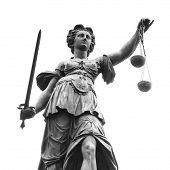 Justice for Issy Stapleton!  She is part of the Autistic Community, my community, and is just as important as any other person.  Many of us blogged and tweeted about her plight as I did when this attempted murder occurred.  We Autistics are not expendable, nor are we burdens on society, etc. as Autism Speaks would like everyone to believe, we are human and unique just like everyone else and deserve a chance to live.  The fact that her mother is being brought to justice is great, I can only hope that this becomes the norm.  Killing an Autistic child or Autistic adult is not a "mercy-killing" it is just plain murder.  Murder is murder, no amount of sugar-coating or spin in the media can change that!  Murderers need to be arrested and brought to trial for their crimes.  Justice for Issy Stapleton!

Kelli Stapleton's defense requested the review by the state forensic center. Defense lawyer Heidi Hodek tells the Traverse City Record-Eagle she didn't find the result surprising, based on her conversations with Stapleton.

A judge is to review the findings Thursday afternoon in Benzie County District Court in Beulah.

Stapleton and her daughter, Isabelle, were found unconscious Sept. 3 in the family's van in Blaine Township in what authorities described as an attempted murder-suicide.

The family lives in Elberta, west of Traverse City. Kelli Stapleton had chronicled in an online blog the challenges her family faced caring for Isabelle who has severe Autism.

Posted by Samantha Bodwell at 5:27 PM

Samantha Bodwell
A generally happy Autistic who wants to make a better world! :) Please remember that Autistic Rights are Human Rights! I am an Autistic person not a person with Autism.